Craig Vernall (Baptist national leader) is a bit grumpy at being called homophobic, when he's just been innocently doing his bit to prevent gay people having equal rights: "It seems if you’re opposed to gay marriage, you’re just branded and labelled homophobic."

Oh, diddums. Did someone use a word with negative connotations to describe your refusal to embrace equality? Poor ickle Craig.

I'll make you a deal, mmkay? You stop campaigning for discrimination on the basis of sexual orientation, and I'll stop calling you a homophobe. 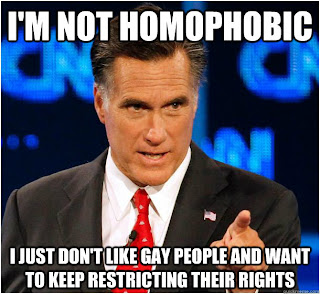 Posted by Charles in Charge at 6:00 PM